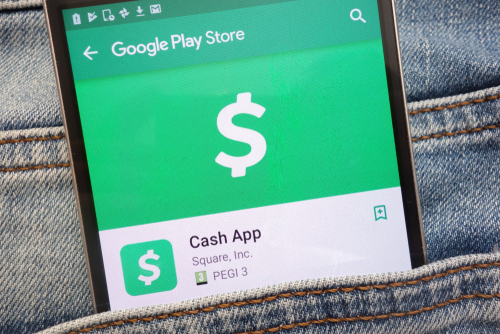 Square, a company best known for its popular point-of-sale and payment processing suite, announced on Monday that it would be expanding Bitcoin services offered in its Cash app. Thus the No. 1 finance app in the iOS App Store will allow users to buy and sell the cryptocurrency in all 50 U.S. states. This is huge news for the crypto world as it represents a sort of mainstream acceptance after the blow it was dealt in January when Stripe announced it would no longer support Bitcoin payments.

To be clear, there is a distinction between the types of services Stripe offered and those that Cash will offer vis-à-vis Bitcoin. Stripe’s experiment with Bitcoin was as a payment method. When that company decided to end support, part of their rationale hinged on a decreased “desire [of their] customers” to accept Bitcoin as a form of payment. Besides allowing buying and selling bitcoins, it appears that Cash will also enable users to send the cryptocurrency between people—a function that is typically used for things like paying a friend back for drinks, rather than paying a business for goods or services.

Is this an indication that more businesses will accept bitcoins as a form of payment in the U.S.?

From my purely anecdotal user perspective, I have seen an explosive growth of Square’s products over the past several years. I live in Washington, DC, and I’d estimate that 25 to 30 percent of my transactions now run through Square. It’s not a stretch to see Bitcoin become an accepted form of payment compared to earlier this year, when they were dumped by Stripe.

Another trend that I’ve noticed is that nearly all of the Millennial-owned businesses that I frequent use Square: my favorite local BBQ place, the popsicle shop across the street from my office, many of DC’s terrific food trucks. And it’s no secret that Square has been using Cash to try to appeal to that age cohort. The app allows users to easily transfer cash to one another, makes it uniquely suited to that demographic. And the company has sought to distinguish itself from competitors like PayPal and Venmo by adding money-saving promotions to the platform, catering to Millennials’ noted frugality.

Taking that into consideration, it’s possible Square hopes that embracing Bitcoin will help cement their place as the leading financial transaction service with Millennials.

When reached for comment on these issues, a Square spokesperson provided the following statement:

The future is anybody’s guess.