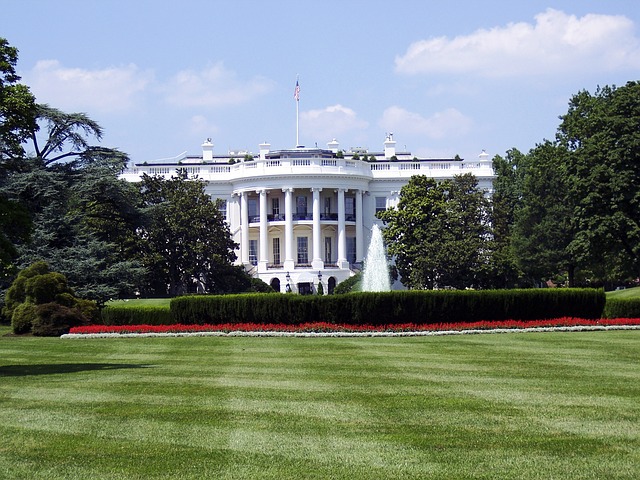 The White House in Washington, D.C. (via Pixabay).

John McAfee doesn’t want to be president of the United States of America. He’s just running to teach America about cryptocurrencies. That puts him well out in front of most of the more likely candidates planning to challenge President Donald Trump for the White House in 2020, at least in terms of his support for blockchain and cryptocurrencies.

In fact, of the many candidates running or considering running in the upcoming presidential elections, only a few have taken a position one way or another, or even mentioned Bitcoin or blockchain in any substantial way.

Crypto hasn’t made much of a dent on the election cycle yet. Even though the Federal Election Commission gave the green light to political donations—the topic nearest and dearest to almost all politicians’ hearts—in cryptocurrency in 2014, only Democrat Andrew Yang is taking donations in digital currency so far and even he’s a bit gun shy of crypto donations.

In the July 2018 Tweet announcing his crypto policy, Yang said he’ll take bitcoin, ether, or any other ERC20 currency in amounts of up to $2,500—but only after would-be donors fill out a special form and complete a 15-minute compliance call in order to gain access to the campaign’s wallet. He has also asked donors to keep the wallet address private to avoid untraceable (and thus illegal) donations.

Aside from the hoops the Yang campaign feels it has to jump through to accept crypto donations, another good reason for politicians’ reticence is that while nearly 80 percent of Americans are familiar with at least one cryptocurrency (and 70 percent with Bitcoin), according to a September 2018 YouGov poll, almost half said they are glad they didn’t get involved with Bitcoin in the past and have no intention of doing so in the future. And fully one quarter think cryptocurrencies are “used more for illegal purchases rather than legal ones.”

That’s a lot of people who might think a pro-crypto campaign is doing something sketchy. It probably doesn’t help that the Securities and Exchange Commission thinks there is too much risk of market manipulation in the cryptocurrency world to allow the creation of a Bitcoin ETF.

On the other hand, when former MIT Media Lab director of digital currency Brian Forde ran for the house in California’s Orange County last year, he reportedly racked up more than $300,000 in cryptocurrency donations. Of course, in September of that year, the state’s Fair Political Practices Commission banned cryptocurrency donations in state and municipal elections.

Of the serious candidates for president, Andrew Yang is the highest-profile supporter of cryptocurrencies. A lawyer, tech entrepreneur, and founder of Volunteers for America, Yang’s interested enough in cryptocurrencies to accept non-fiat donations, but the big financial change he wants to bring about is bringing more fiat to the masses through a basic income scheme. And his extensive platform, which includes policy ideas ranging from Medicare for all to preventing airlines from removing passengers, does not touch directly on crypto or blockchain.

Hawaii Rep. Tulsi Gabbard also wants to be president and is interested enough in cryptocurrencies to have invested in between $2,000 and $30,000 in ether and litecoin according to House financial disclosure forms, but did so in December 2017, at the top of the market, so she may have a somewhat jaded view of cryptocurrencies after losing her shirt.

Massachusetts Sen. Elizabeth Warren is a candidate and is not entirely a fan of cryptocurrencies, calling them easy to steal, and warning that she is worried about lax regulation leading to consumers getting hurt. But she has not been entirely negative, noting in October that, “the challenge is how to nurture the productive aspects of crypto with protecting consumers.”

Vermont Sen. Bernie Sanders, who has the highest profile of the formally announced crop of Democrats and independents, has not mentioned Bitcoin one way or another. However, the crypto industry noticed him during his 2016 presidential campaign. BraveNewCoin research chief Tone Vays, who during Sanders’ 2016 run told Cointelegraph, “Bernie Sanders becoming the next US President will be amazing for Bitcoin… with his borderline communist views on taxes, Bitcoin will thrive as a way of protecting your money from the extortionists and should become the conduit to transferring wealth cross borders.”

Minnesota Sen. Amy Klobuchar’s crypto footprint is very small, basically limited to asking about the ability of law enforcement to trace digital cash during  a 2017 hearing.

Former Texas Rep. Beto O’Rourke, who almost unseated Sen. Ted Cruz, gained some crypto cred recently, according to Fortune’s The Ledger, when it came out that he was once a member of the hacktivist group Cult of the Dead Cow.

Former Vice President Joe Biden hasn’t actually said he’s running yet, but the super-PAC formed to “convince” him to run began accepting Bitcoin donations back in 2016, so he’ll have some interest in the topic if he finally decides to run.

Howard Schultz, the billionaire who put a Starbucks on every corner, might want to be president, though he is considering running as an independent not a Democrat. He’s a big fan of blockchain and suggests digital assets (though not “untrustworthy” Bitcoin) could play an important role in a cashless future. That said, the company he ran until June 2018 became an equity partner in the Bakkt cryptocurrency platform this month and is reportedly planning to start accepting Bitcoin soon.

Current presidential candidate and then-Colorado Gov. John Hickenlooper ordered the creation of a 15-member Council for the Advancement of Blockchain Technology Use in May 2018. Citing the “need to assist the state as it meets the challenge and promise of this new technology,” Hickenlooper’s executive order said that “as more users adopt blockchain technology, it has the potential to change the landscape of virtually every recorded transaction. As this transition occurs, we must think carefully about how blockchain technology is treated under the law and by regulatory agencies.” That year, Crypto Fund Research named Denver the 10th largest U.S. city for blockchain and cryptocurrency jobs.

Washington Gov. Jay Inslee presides over a major blockchain and cryptocurrency hub in Seattle, which Crypto Fund Research named the ninth largest city for blockchain and crypto jobs in 2018, and has a substantial crypto mining base thanks to extensive hydroelectric power. Of course, several crypto mining firms have just sued the state over new, higher electrical rates imposed on the industry.

Of course President Donald Trump is running for office in 2020, and his current chief of staff, Mick Mulvaney, has been an outspoken Bitcoin supporter and was a co-founder of the Congressional Blockchain Caucus. Mulvaney has long been a crypto supporter and has shared a stage with Ethereum founder Vitalik Buterin.

Getting back to John McAfee, his slogan is “Don’t Vote McAfee” and he has a platform that reads “do not ask me about immigration, foreign relations, education etc. I have no idea.” He is making cryptocurrencies the “major focus of the 2020 campaign.”

He adds, “We believe that cryptocurrency offers a unique historical opportunity to the individual—a chance to liberate one’s self [sic], without violence, and to become more free. Money drives everything in this world, and represents the strongest of the chains bound upon us by out-of-control government. We aim to break that chain for as many people as possible by helping them become familiar and comfortable with a technology that can empower them to do it.”

Of course, McAfee also claims not to have filed federal income taxes for eight years and thus won’t be stepping onto U.S. soil during his non-campaign. He does not appear to accept donations of any kind, although his “campaign” does suggest setting up an individual political action committee (PAC) which can accept donations.

95% of all Bitcoin trades are fake, Bitwise tells SEC