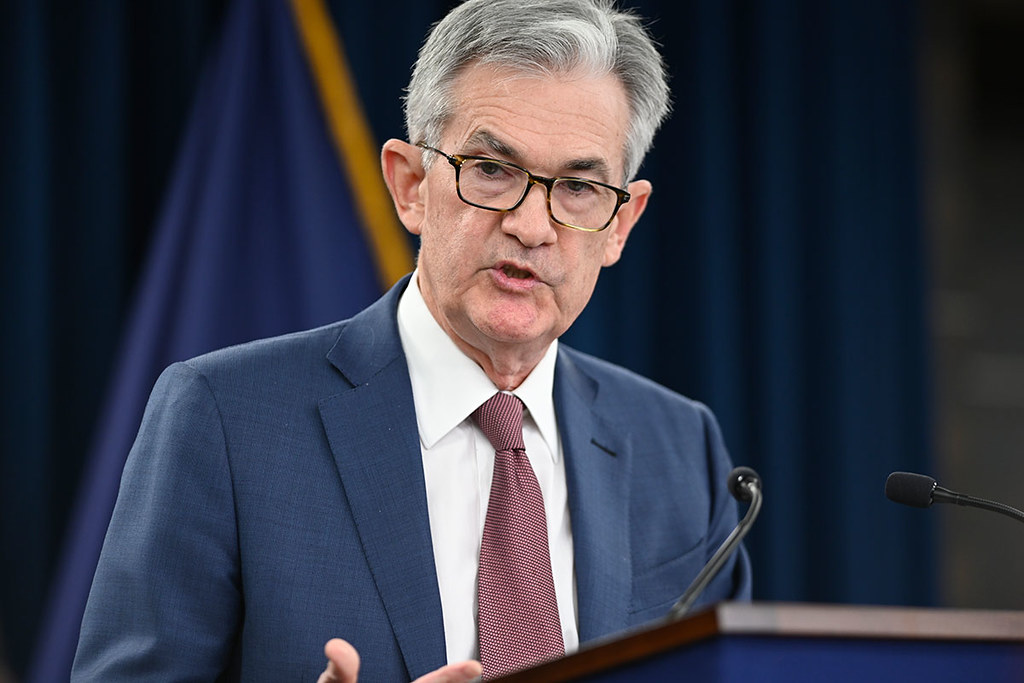 The chairman of the Federal Reserve said today that the U.S. government will have to work with private firms to improve the way money is moved around the world.

Speaking via video at a Bank for International Settlement (BIS) conference in Basel, Switzerland on March 18, Jerome Powell acknowledged that the current system of cross-border payments needs to be improved and digitalized. He said:

“The COVID crisis as brought into even sharper focus the need to address the limitations of our current arrangements for cross-border payments.”

It has, he said, “shined a light on the less efficient areas of our current payment system and accelerated the desire for improvement and digitalization.”

A key to fixing all of those problems will be “improving the existing system where we can, while also evaluating the potential of and the best uses for emerging technologies.”

These improvements will come, he said, not just from the public sector, but from the private sector as well. Among other things, Powell added, digitizing the financial system is key to bringing unbanked and under-banked people into the world’s financial system.

It is clear that “the private sector has the experience and expertise” necessary to create a financial system that is both easier for the public to use and better at  serving its needs.

Among the technologies the U.S. and other governments around the world need to look seriously are central bank digital currencies—like a digital dollar.

Powell noted that experiments aimed at a digital dollar are being carried out by both the Fed’s Board of Governors and The Federal Reserve Bank of Boston.

His comments come less than a month after he told the House Financial Services Committee that creating a digital dollar a “high priority project” at the Fed, promising that 2021 “is going to be the year that we engage with the public pretty actively” on the CBDC project.

That said, the U.S. is far behind other countries in creating a CBDC—most notably China, which has successfully carried out large-scale tests of a digital yuan. It now appears to be waiting more for a legal roadmap than for any technology building.

Finally, like every government official at any international conference anywhere, Powell called for unity, saying bringing currency into the digital age require countries and international bodies like the Group of Seven, the G-20, the BIS, the Financial Stability Board, among many others.

On heels of Morgan Stanley boost, BTC trashed by Bank of America, Investopedia
Tweets by ModernConsensus